Bruce Timms on Building a Better Niagara! Building prosperity for all of Niagara

"The Halton model discussed on our home page is simply described as 1) a directly elected Regional Chair and 2) some or all of a City's City Councillors do double duty and sit at the Regional Council as well as City Council.

Niagara, one voice one Team, 12 players.  The Team where every player is respected and Valued is the Team that wins. Niagara needs to be a Team that competes to win jobs , investment and prosperity.

Streamline Regional Government  (with the Double Direct model) *** see website or youtube video
• Reduce number of politicians from Mayor plus 18 to Mayor plus 12 for next election
• 6 of 12 City councillors will serve as both Region and City Councillor; Double Direct
• Better communication and cooperation  between the City and the Region, and City  to City
• Better teamwork among the 12 cities and towns of Niagara

Please check the Halton Region model through the Halton web site www.halton.ca and a similar model in Durham Region at www.durham.ca 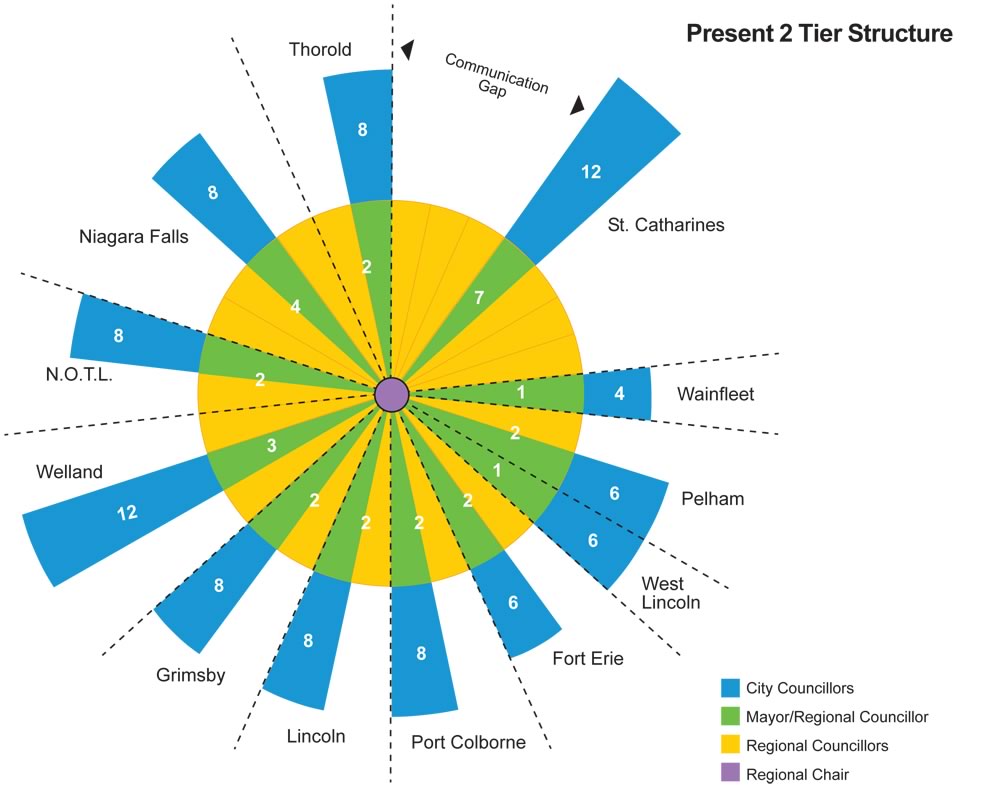 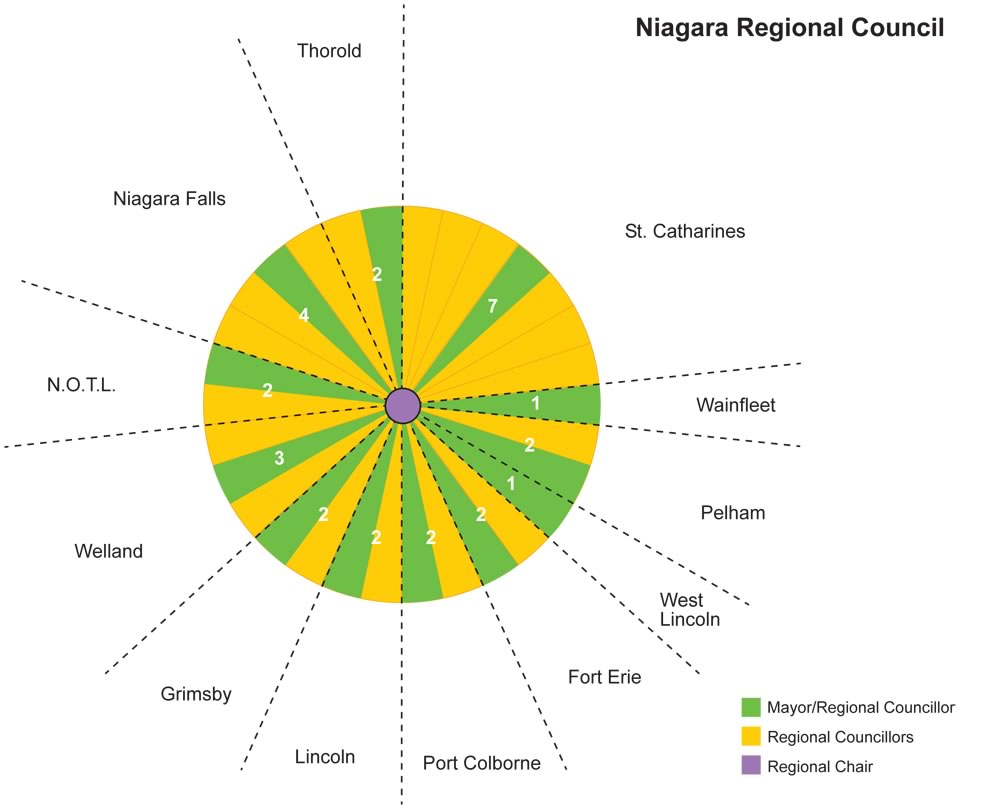 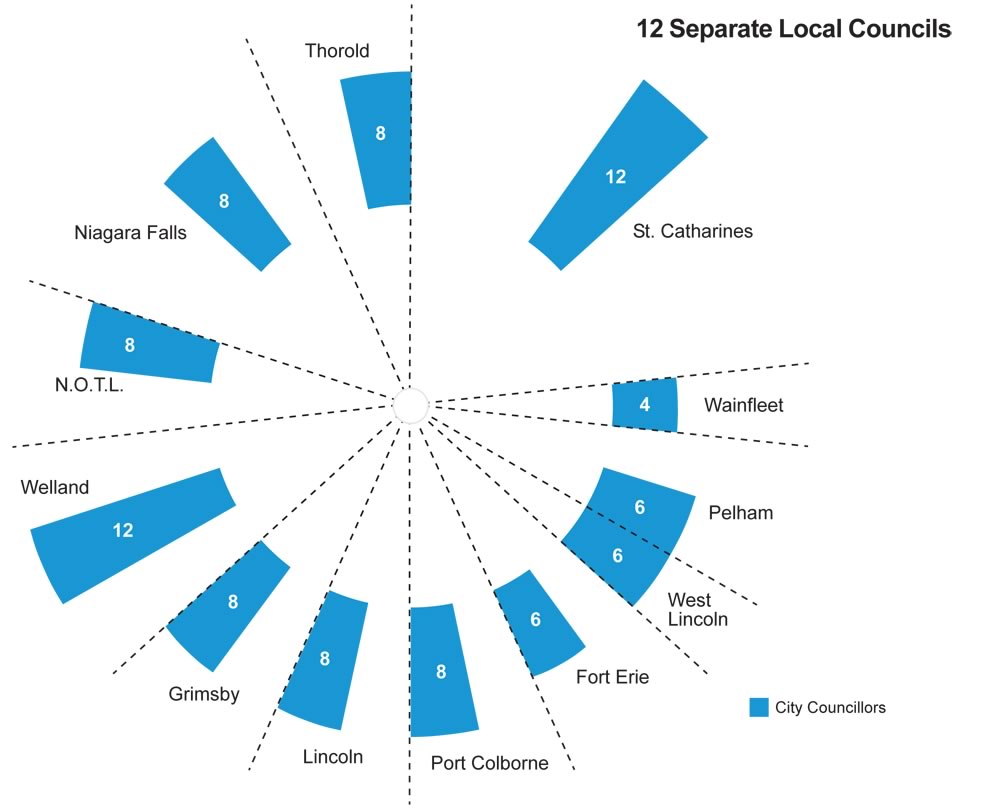 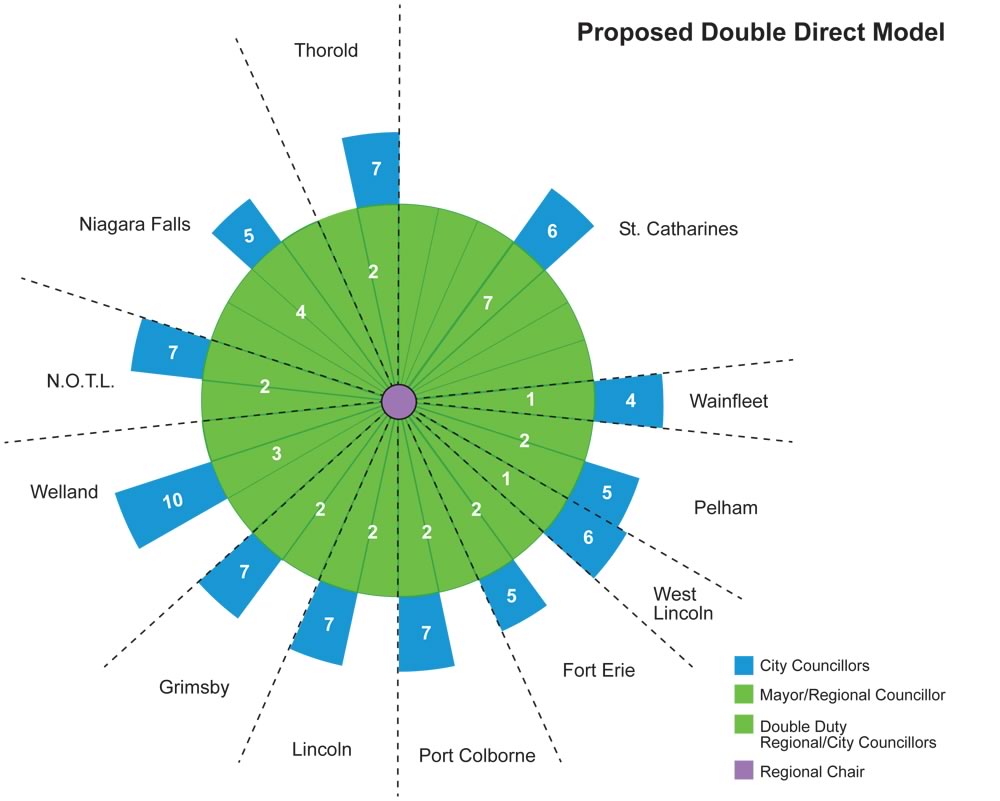 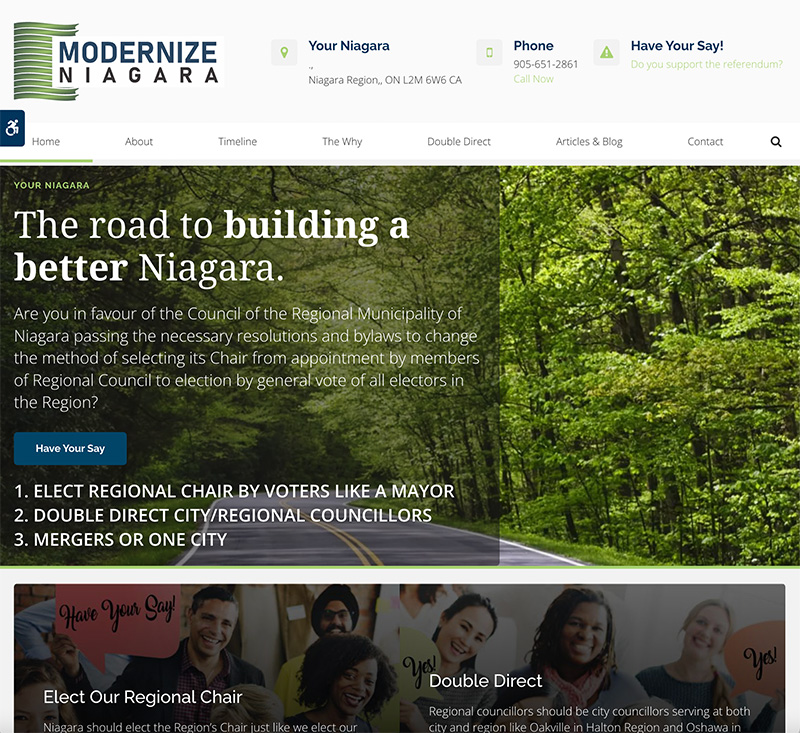 February 1: Time to ask Niagarans if they want direct election of regional chair